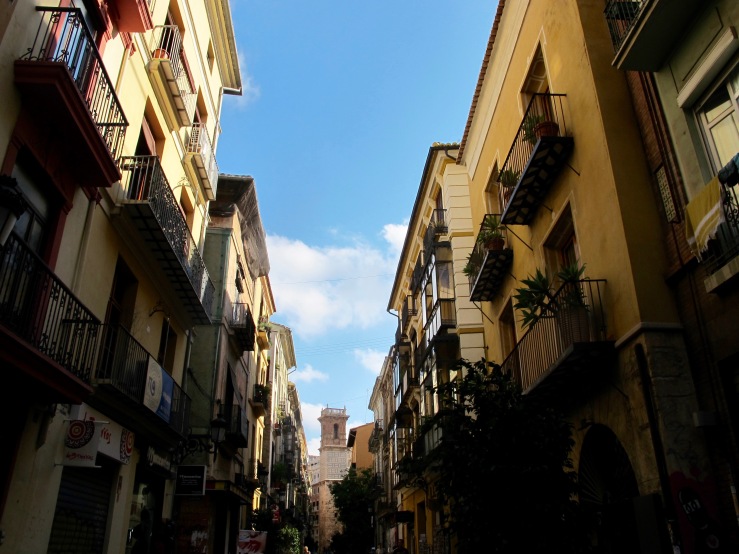 Planned by some and booked last minute by others, Barcelona – and later the south of Spain – became the destination for a post-exam, pre-graduation trip. Never have I been so content to embrace the liberty that comes with doing limited research: waking up each morning with a flexible schedule to explore whatever comes your way. The no research part only got us in trouble when attempting to visit the tourist-packed destinations in Barcelona.

The main attraction for picking Barcelona was the Primavera Sound Festival. I joined the party on the Friday: the night of Mac DeMarco, The XX and Run The Jewels. We danced until six in the morning and watched the sun rise above the horizon at the adjoining beach by the festival area. Some (not me) went for an early morning swim in the sea, as it’s something of a standing tradition. 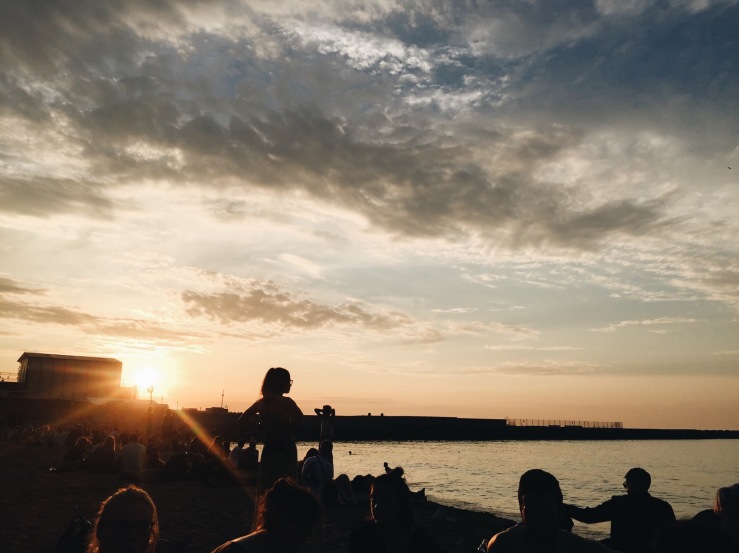 Over the weekend that followed the duo that was not attending the full festival dedicated their time to exploring all that Barcelona has to offer. We passed by Casa Batlló, strolled through the gothic quarters sipping fresh coconut and strawberry juice, and realized we should have booked ahead if we wanted to see the insides of Sagrada Familia and Park Güell. We still managed a visit to Sagrada on the Monday – to my great relief – because the inside of that building is unlike anything I have ever seen before. The thoughtful design behind the architecture brings the world inside to life: the pillars reaching above you like trees in an enchanted forest, the polarization of warm and cool shades on opposite sides of the structure created by the light shining in through colored glass.

Top tip: If you’re in Barcelona, don’t miss out on Rubí Bar: a place with a never-ending list of gins and killer mojitos. We visited on our last evening in the city and enjoyed the busy intimate space, where we got a glimpse of Rubí herself behind the bar.

On the Monday we bid adieu to most of our Primavera friends. I’m impressed by everyone who lasted the full festival week, particularly considering that even the most resilient ones seemed to be in need of a detox and a long sleep afterwards. To fulfill project ‘revitalize’, four Glasgow gals hopped on a bus toward the next destination: Valencia. 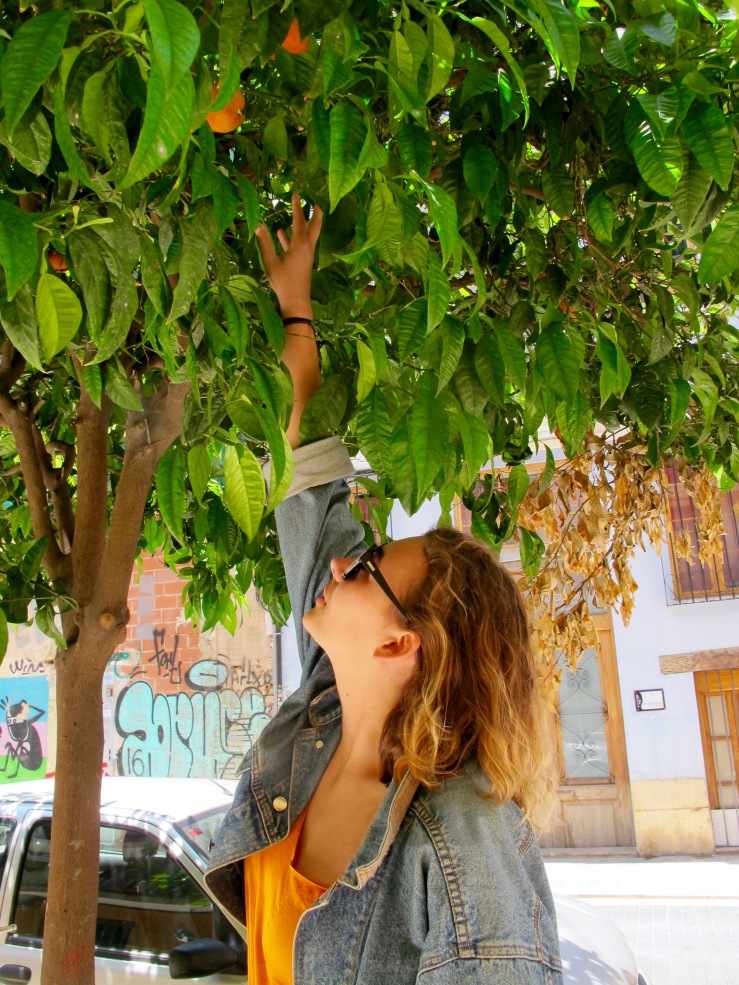 The three or so hours on the bus passed quickly, partly because of the beautiful landscapes floating by, but mostly because of the individual TV-screens attached to each seat (yay!). Too bad two of us didn’t realize you could change the language from Spanish to English or we would have had a larger movie selection…

We were greeted by the lovely Pablo upon arrival, and stayed for two nights at his Air BnB apartment. It was a very modern space with a minimalistic sleek interior and IKEA furniture. My favorite addition was the small balcony, perfect for sipping an afternoon beer or sangria.

We spent the first day in Valencia at the beach soaking up some much needed sun. In the evening, after plenty of sangria and dancing to songs about Barcelona, we ventured into Valencia’s old town. We somehow ended up in the midst of a loud pub-crawl, but didn’t stick around long. The evening ended in the middle of the old town’s largest square, with bare feet and the chance to practice some misunderstood Spanish.

The following morning we decided to explore old town in daylight. We strolled through the picture perfect alleyways, peeked into elaborately decorated cathedrals and found the square we had visited in the early morning hours. 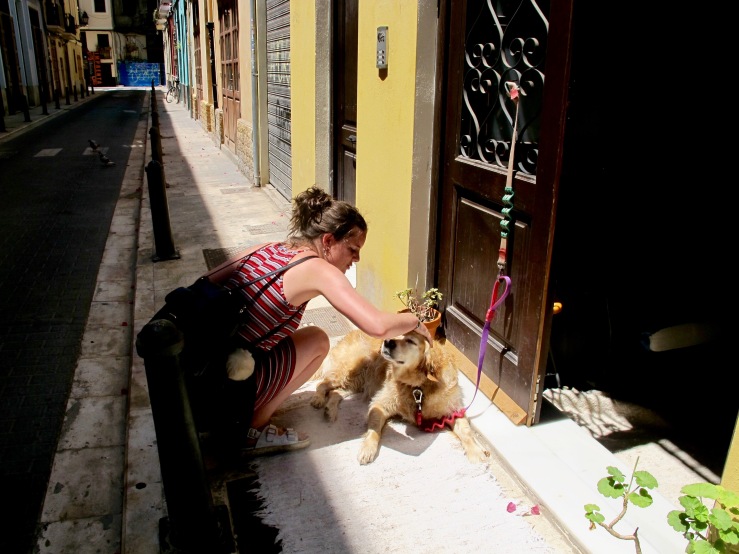 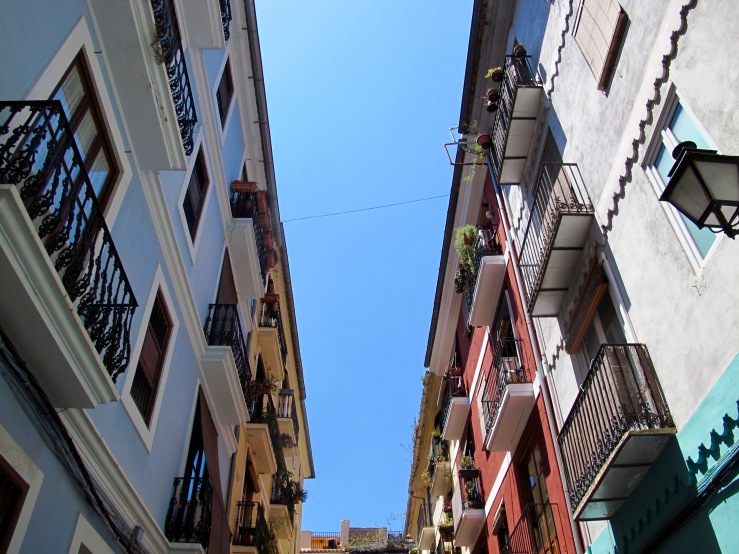 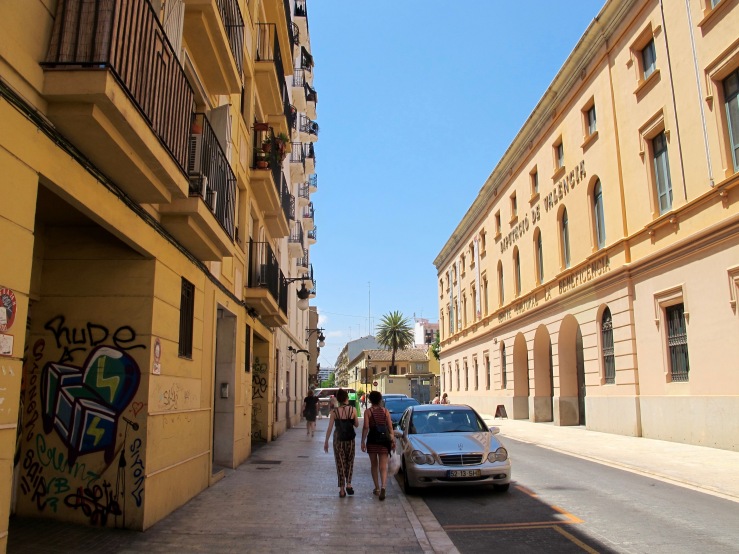 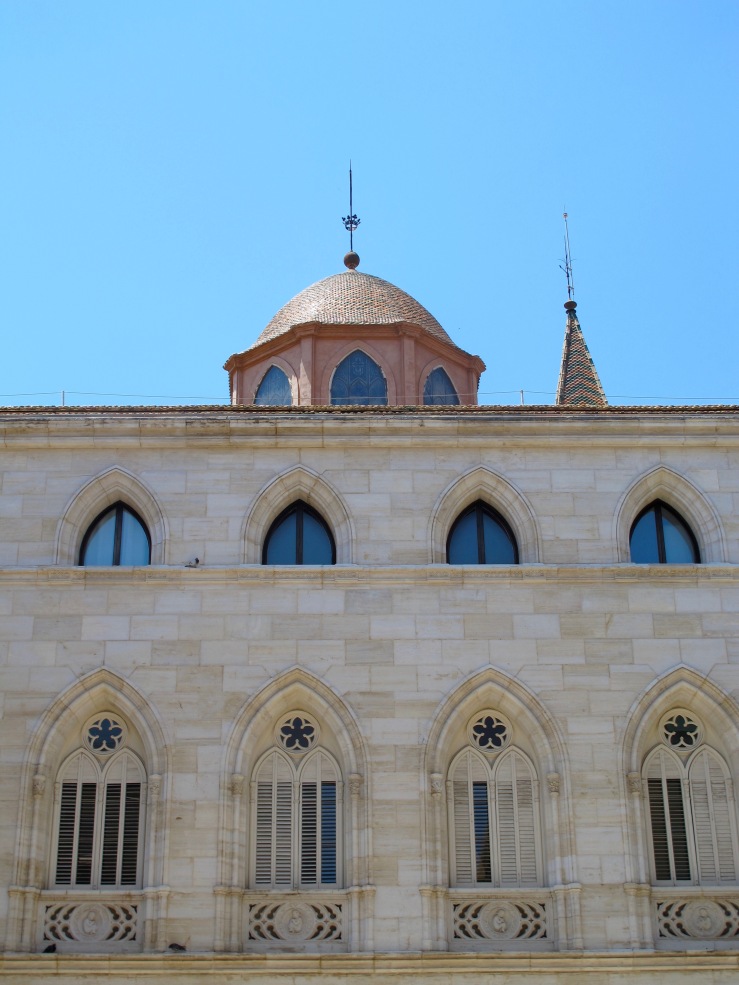 Before leaving the city we picked up a few hand painted souvenirs from the markets and dinner for the road; it was time to board the next bus and continue our journey westwards.

View all posts by feliciaemma

There was an error retrieving images from Instagram. An attempt will be remade in a few minutes.