Back in September it seemed like an excellent idea to book a trip the weekend before Christmas. The holiday stress that typically hits the days before Christmas appeared to be a blank space in all of our minds. In the days leading up to the trip I don’t believe any of us were particularly prepared for an idyllic getaway to winter wonderland in Berlin – we were dealing with exams, finishing up placements and keeping busy with internships. That being said, those concerns seemed to vanish the moment we reunited in the capital. There were five of us. Some were seasoned Berlin-travellers while others were visiting the city for the first time. The next few days were therefore filled with a mix between must-see tourist destinations and revisiting favorite gems. We also raised our Christmas spirits to the max by spending a fair amount of time at Christmas markets and ice-rinks. 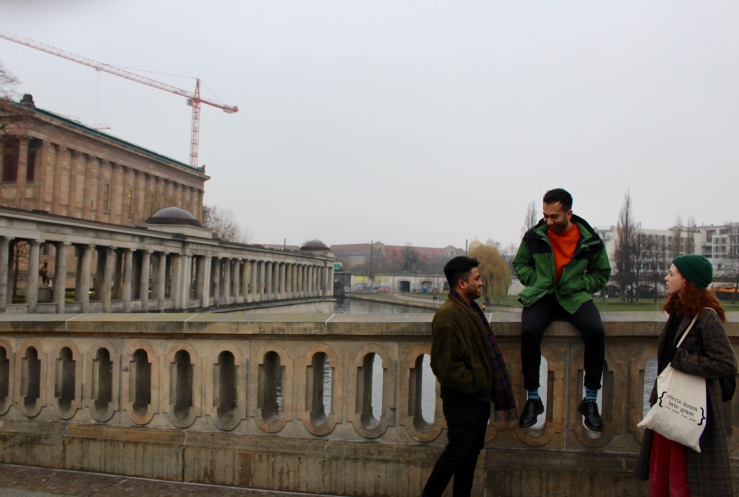 Recovering from full night of dancing, we decided to go for a walk on the sunniest day we had in the city – one of those crisp, blue sky winter days. We were staying in Friedrichshain, walking distance from the East Side Gallery. On the way there, we strolled around RAW-Gelände, the cultural grounds by Warschauer Straße that houses an assortment of bars and clubs, as well as a cultural center. Among the bric-a-brac and sheds, we peeked around corners to find graffiti adorned walls and alleyways leading to sleepy places that come to life at night.

We continued our walk down to East Side Gallery. I have visited this obligatory tourist spot on every one of my trips to Berlin, but it’s worth coming back to when traveling with new company. As expected, we paired gazing at the art with equal parts photo-snapping. 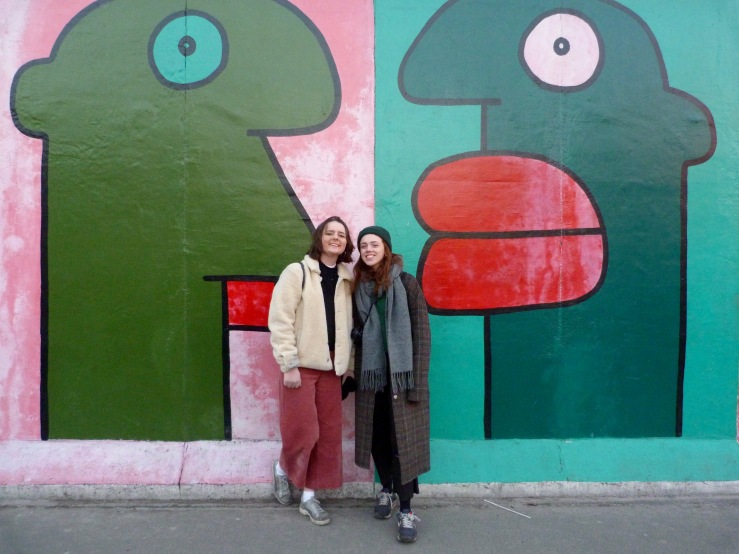 When our fingers and toes were frozen past comfort, we stepped into a hidden café for a hot drink. Among the dark wooden furniture and candle lit tables we sat for quite some time, catching up on the latest happenings in our lives since we’d last seen each other.

This Instagram-famous place had been on my radar for a while, and a visit to Berlin wasn’t complete without stopping by at least one new photogenic café. Their menu is filled with Japanese-fusion dishes, and I’ll definitely be returning for their brunch items when I’m next in the city. I enjoyed the most stellar matcha latte that had me reminiscing about my days in Japan. 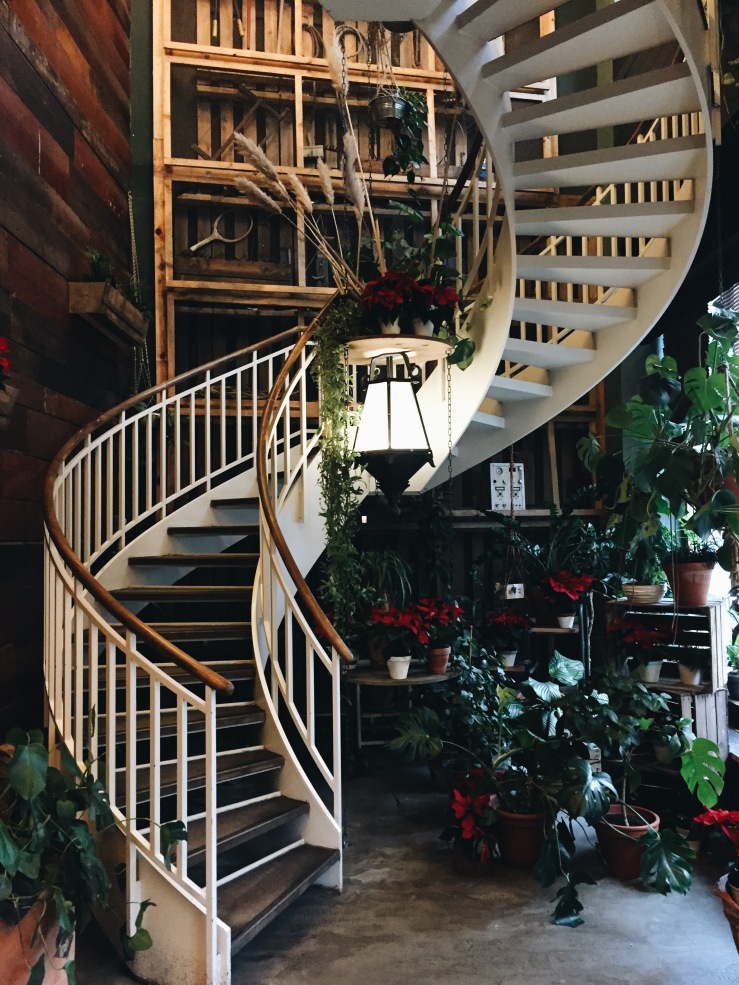 Discovered on one of my previous trips to Berlin, this artisan coffee house and brunch place was on the top of my list of places to return to. You can read my love story to their pancakes here, and their brioche toast with berry compote and cultured cream was quite the contender too. We also shared an avocado toast with poached eggs and paprika roasted tomatoes, which we vowed to recreate at home. If you’re ever in Berlin, stop by here for great coffee/brunch/lunch/cake. They’ve got it all. 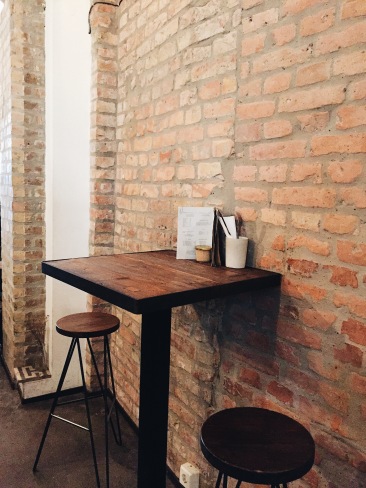 Processed with VSCO with a6 preset

Processed with VSCO with a6 preset

It was the first time any of us were visiting Berlin in December, and the number one goal for the trip was to explore some of the many Christmas markets that Berlin has to offer. We strolled among the light-adorned stalls and peeked into the various booths to get a glimpse of the delicacies and ornaments that were on display. Although similar to the Christmas markets that pop up in the UK and around Europe this time of year, we prided ourselves on visiting these stalls in their country of origin. Once the excitement had passed, we made our way to the ice-skating rink. While some were well versed in the art of ice-skating, others were decidedly not (myself included). After an hour on the ice, the two beginners had improved from Bambi to novice, with only a handful of falls between the five of us. 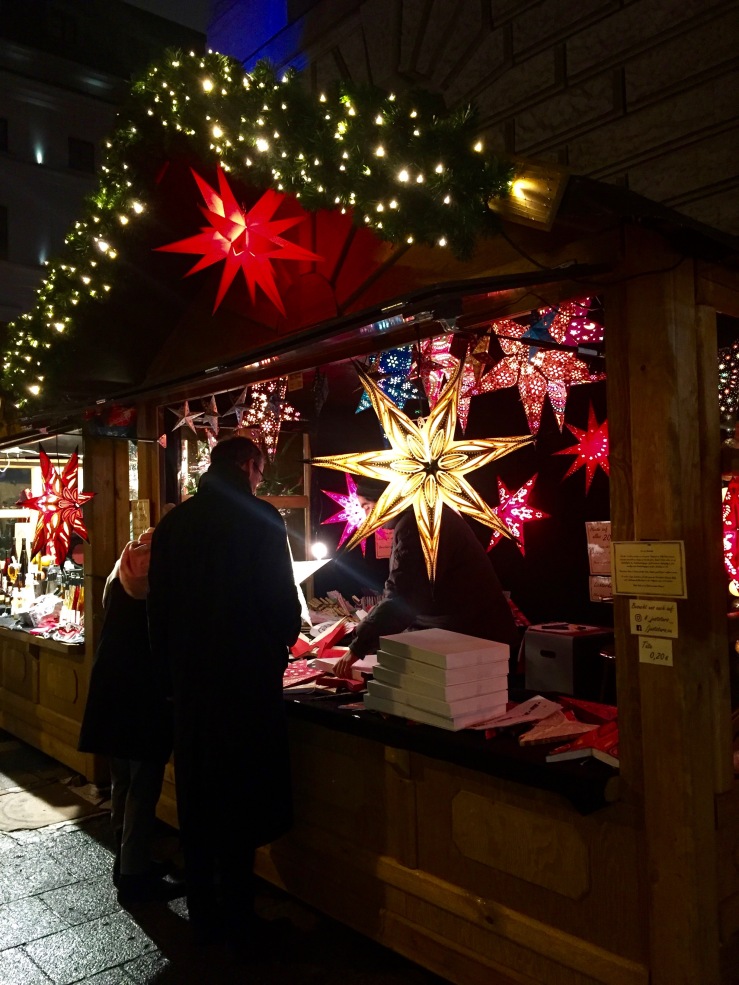 Situated along Bernauer Straße, north of Mitte, is the Berlin Wall Memorial, which contains one of the last pieces of the Berlin Wall. Metal beams are used to outline a longer section of where the wall stretched. The Memorial consists of an open-air exhibition as well as a visitor center, which displays success stories of those who escaped from East to West and documentation about the days leading up to the fall of the wall. The viewing tower that provides a panorama view of the wall from above is particularly notable; it makes you visualize what the wall and surrounding grounds truly looked like at the time.

We happened upon this place by accident (the power of cute display windows) and met the loveliest salesman who told us all about the antiques in his shop. He called it ‘true vintage,’ comparing it to the vintage-style replicates that are produced by brands today. The ultimate find was a gorgeous print of the planets in our solar system, and I picked up a Christmas glass ornament for the steal of €1.50. 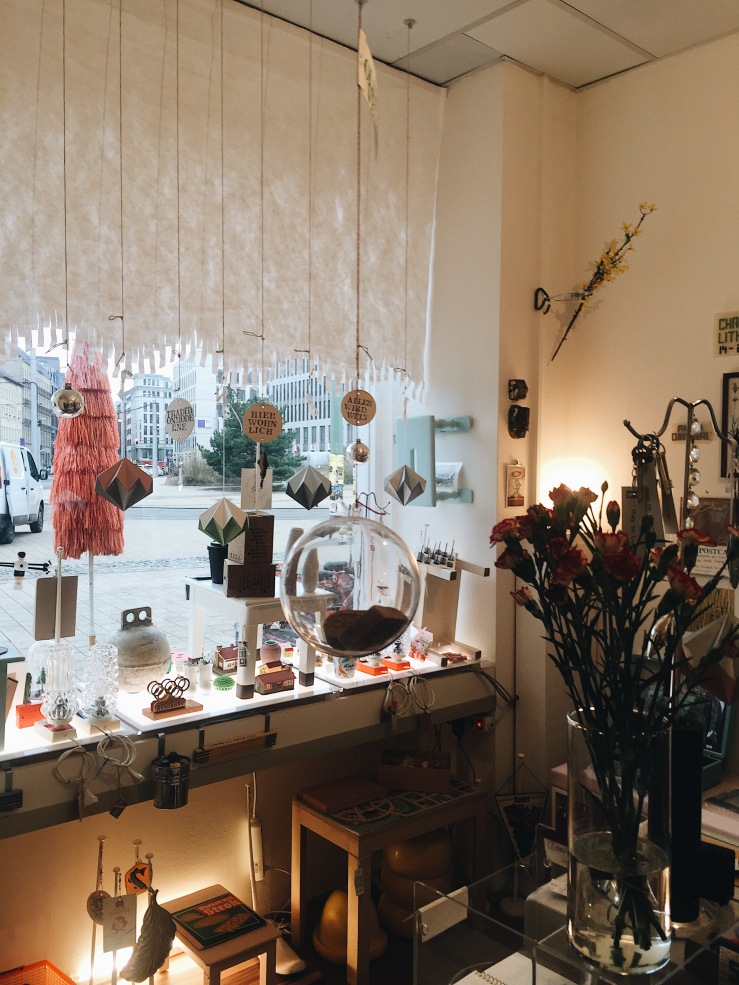 Our first night in Berlin was spent at Watergate, where Solomun was the main attraction at an event that, as someone in the queue firmly pointed out, ‘people would have gotten pre-sale tickets for’. Getting tickets at the door turned out not to be an issue, so after receiving our invisible stamps we decided to return at a more Berlin-appropriate hour to begin the evening. In the meantime we stocked up on Club-Mate and a few accompanying items, and spent the next few hours trying to figure out what the boys’ air bnb host did for a living. Nearing the hour that typically signals chips & cheese in Glasgow, we made our way back to Watergate and danced into the early hours.

As previously mentioned, RAW-Gelände is the type of area that comes to life at night. We spent a couple of hours at Cassiopeia, where we may have ended up in a heated game or two of foosball. Foosball tables and other games are a common occurrence at many Berlin bars, and they made several appearances on our nights out in the city. In the RAW area we also visited Crack Bellmer Bar, a livelier and more atmospheric bar with welcoming seating areas and a DJ on many days of the week.

One evening we decided to explore the bars in the area near our air bnbs. We were, after all, staying in the heart of an area renowned for having the best bars in Berlin. We started off at Minimal Bar, a cozy spot with a neat interior consisting of several inviting sofa sets (plus good beer). An adjoining room revealed a Ping-Pong table, which I’ve learned from previous visits to Berlin isn’t an entirely uncommon sight at a bar. We joined the considerably more seasoned players for innumerable rounds of ‘around the world’. X number of beers later, and when enough players had joined that we weren’t automatically the first five to leave a round, we counted it as a win and moved on to the next place. 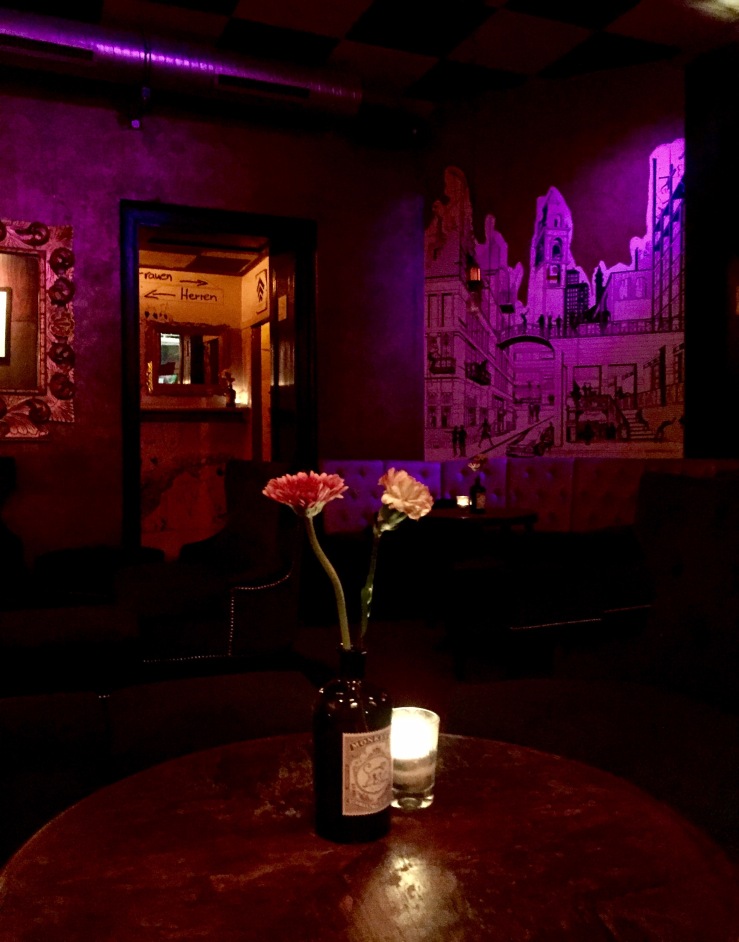 Just a few streets away from where we were staying was Soylent, a bar and gallery that housed another good beer selection. A little brighter and better suited for conversation than the previous place, we stuck around for another while (and may have found another foosball table in the corner) before calling it a night.

A recount of our Berlin trip wouldn’t be complete without a mention of the halloumi + falafel wraps that were discovered on the very first evening, and then consumed, without fail, by at least one of us each day over the remainder of the trip. Also worth mentioning are the film photo booths that can be found all over the city, which we aimed to make full use of. It’s all fun and games until you realize that ‘out of order’-signs are not always on display (Berlin tip #1: avoid the booth on Invaliden Straße). Thankfully we made up for our loss on the last evening. There’s nothing like cramming five people into a photo booth at 4am.

Creds to my gals for the photos and for letting me borrow your cameras over the course of this trip. Much love.

View all posts by feliciaemma